This year's 4th of July was a BLAST!!!  The kids are getting at such a fun age- still needy as hell, but way more manageable & fun!  This year, we went to my brother & sister-in-law's party.  Remember she's the one that throws way fabulous parties?!  Well, this one was one of our all time favorites!  Rudy was gone, of course, but we tried to seize the day anyway!  The kids played, swam, and ate their hearts out.  Coco and dude can swim all over the pool & even dive down to the very bottom.  After 1,245 swim lessons later, it's about time!  And Annie just attached to whichever big kid would carry her around the pool:) 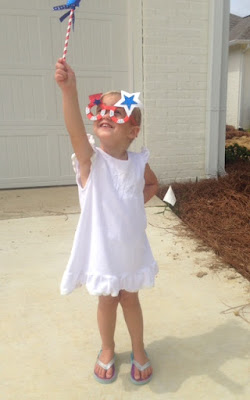 She was just a a little excited to go see her cousins! 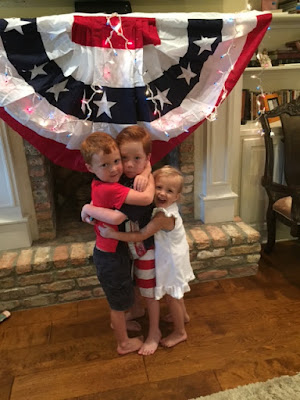 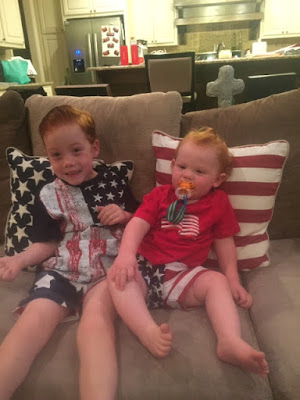 This little walker was excited too!  Can't believe this sweet baby is getting so big.  It's so bittersweet! 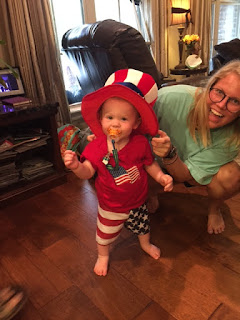 Their pool is so awesome and kid friendly!  There's a huge tanning ledge that's almost like a built in kiddie pool, a waterfall, diving rock, and built in splash pad.  And they have any pool toy you'd ever want and it looks like this at night- 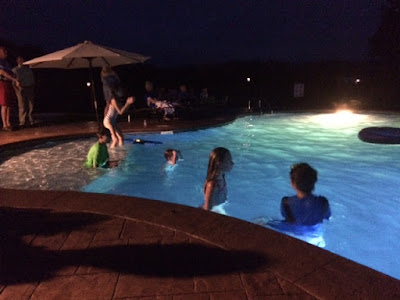 As a mom to two small kids, I SO appreciate the design.  It makes kid watching easy:)
The food was great too! 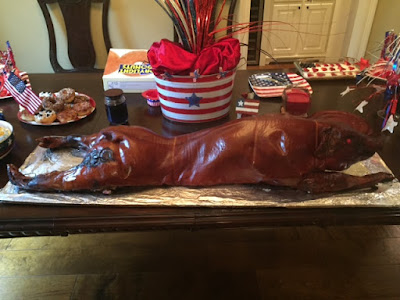 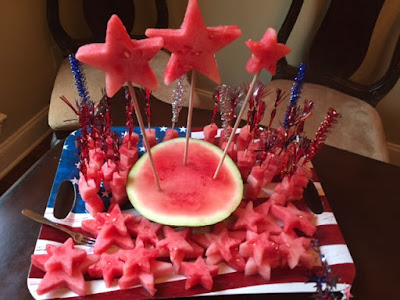 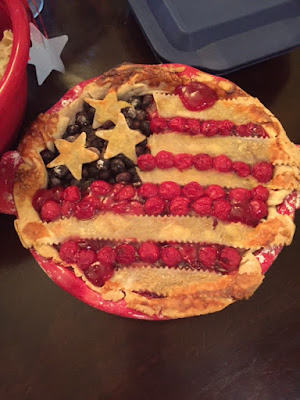 Just ask Jackson:)  That baby ate his weight in watermelon!
The drinks were pretty awesome too! 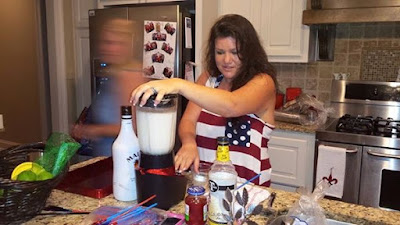 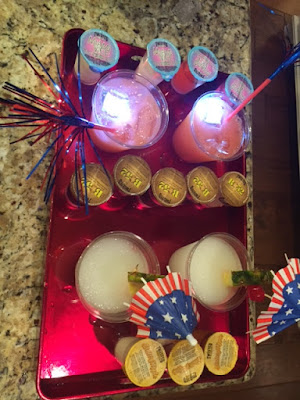 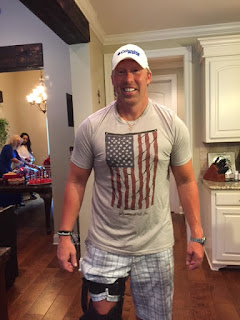 He and Rudy look & act nothing alike, but I've never seen brothers who are closer.  Co co and dude are following in their footsteps and it makes us all so happy!
The night ended with a firework show lit by none other than Linda (my sil) because Ashley had knee surgery.  There's nothing she can't do! 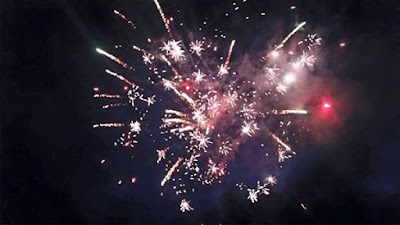 Ya'll I had to stop myself from using the word fabulous in this post like 100 times.  Linda's party skills just amaze me!
Despite all that's going on with America today, it's still the greatest country & I'm proud to be an American.  Let Freedom Ring!
at 7:14 AM