We collectively decided that we would spend our last morning in Animal Kingdom!  We had to catch the magical express at 1:30 PM, so we only had a few hours to spend at the park.  We checked in our luggage at the hotel (that's right you don't have to haul it to the airport) & they even printed out our boarding passes and hung them on our door the night before check-out.  Disney is one well-oiled machine!  I've never seen an operation run smoother.
The Thompson's went to the Rafiki Planet Watch and we watched It's Tough to Be a Bug.  We didn't do the planet watch, so I can't speak on that, but we liked It's Tough to be a Bug.  However, beware it may be scary for some children.  Spiders fall from the ceiling, bugs "spit" on you, stuff runs under your feet.  It's definitely a boy attraction.  Dude of course loved it.
We met up with the Thompson's around 10:30 to ride the Kilimanjaro Safari.  The line was 30 minutes long, but thankfully we had a FP!  After the ride, we rode the Triceratops Spin again and headed back to good ole Pop Century for lunch.  If you ever stay there eat the gravy fries.  They sound gross, but they are delicious! 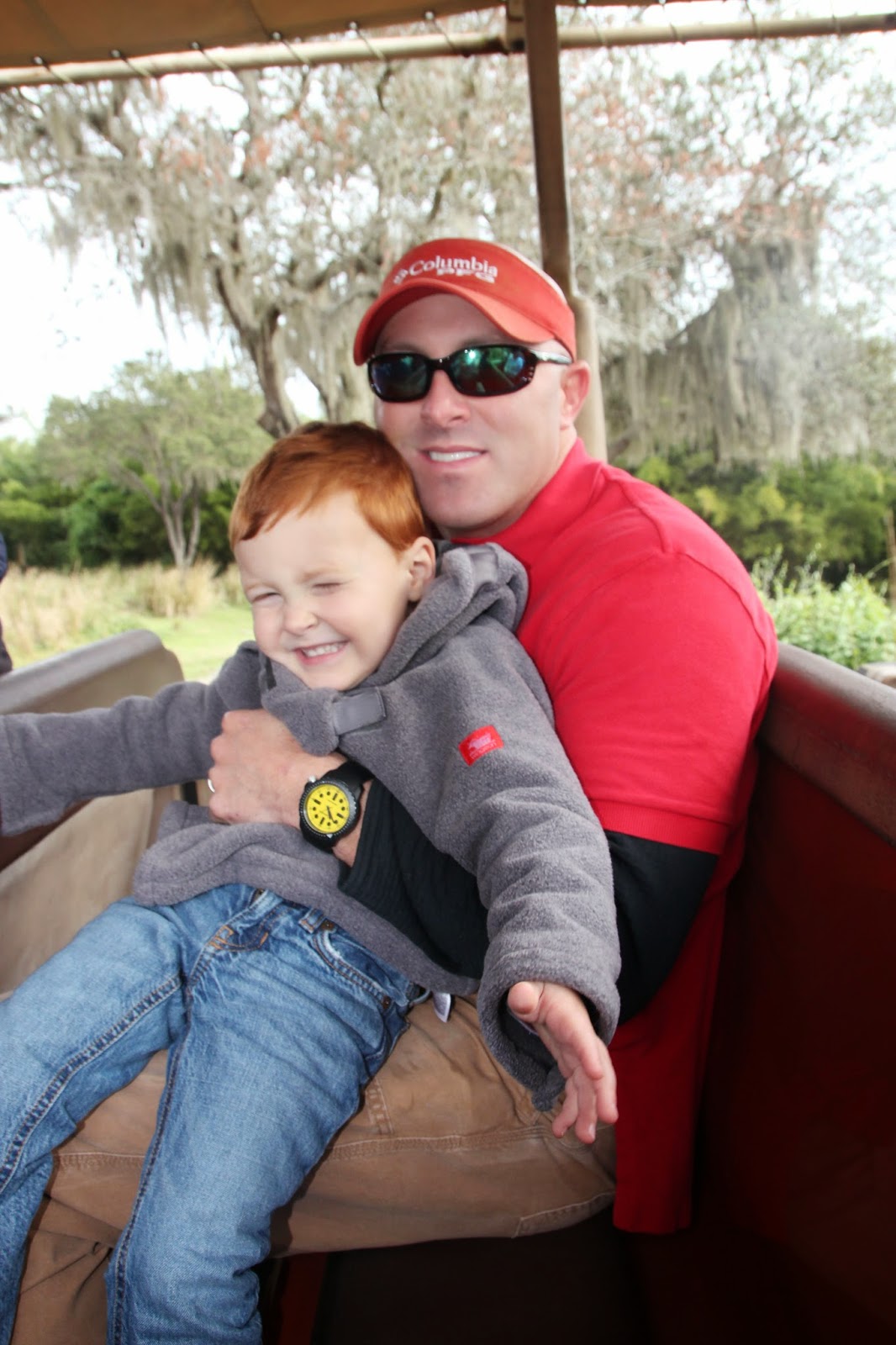 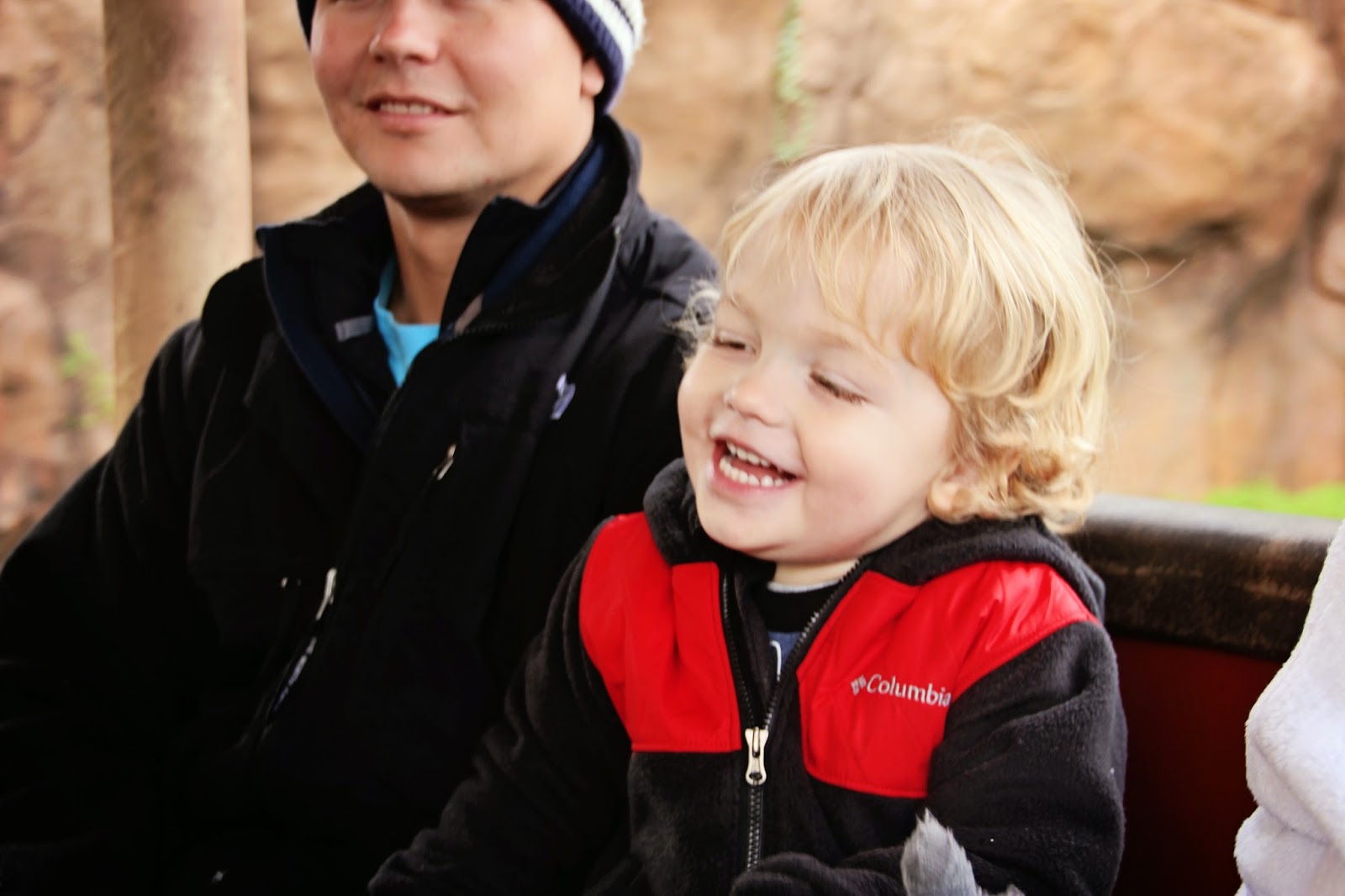 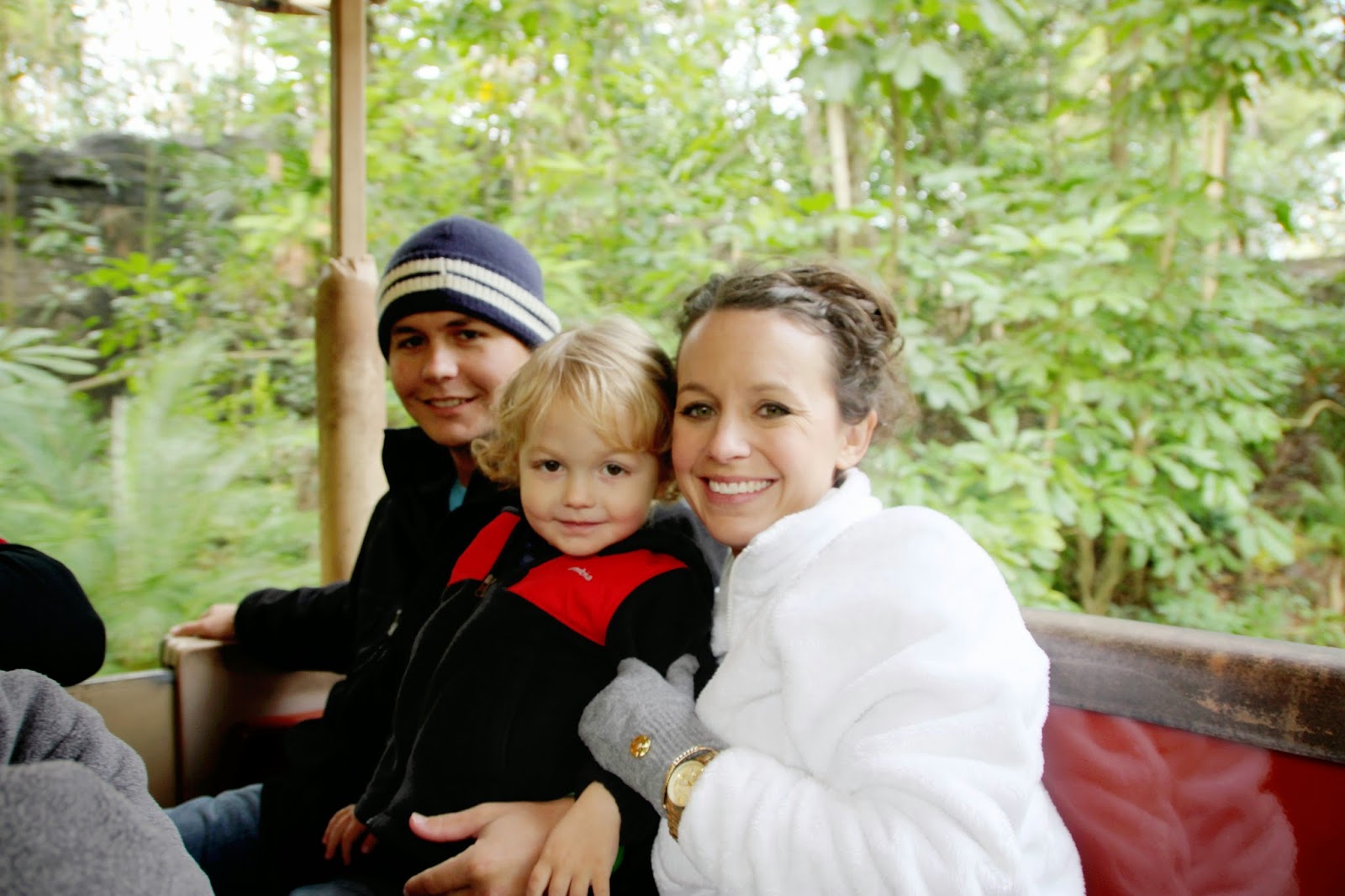 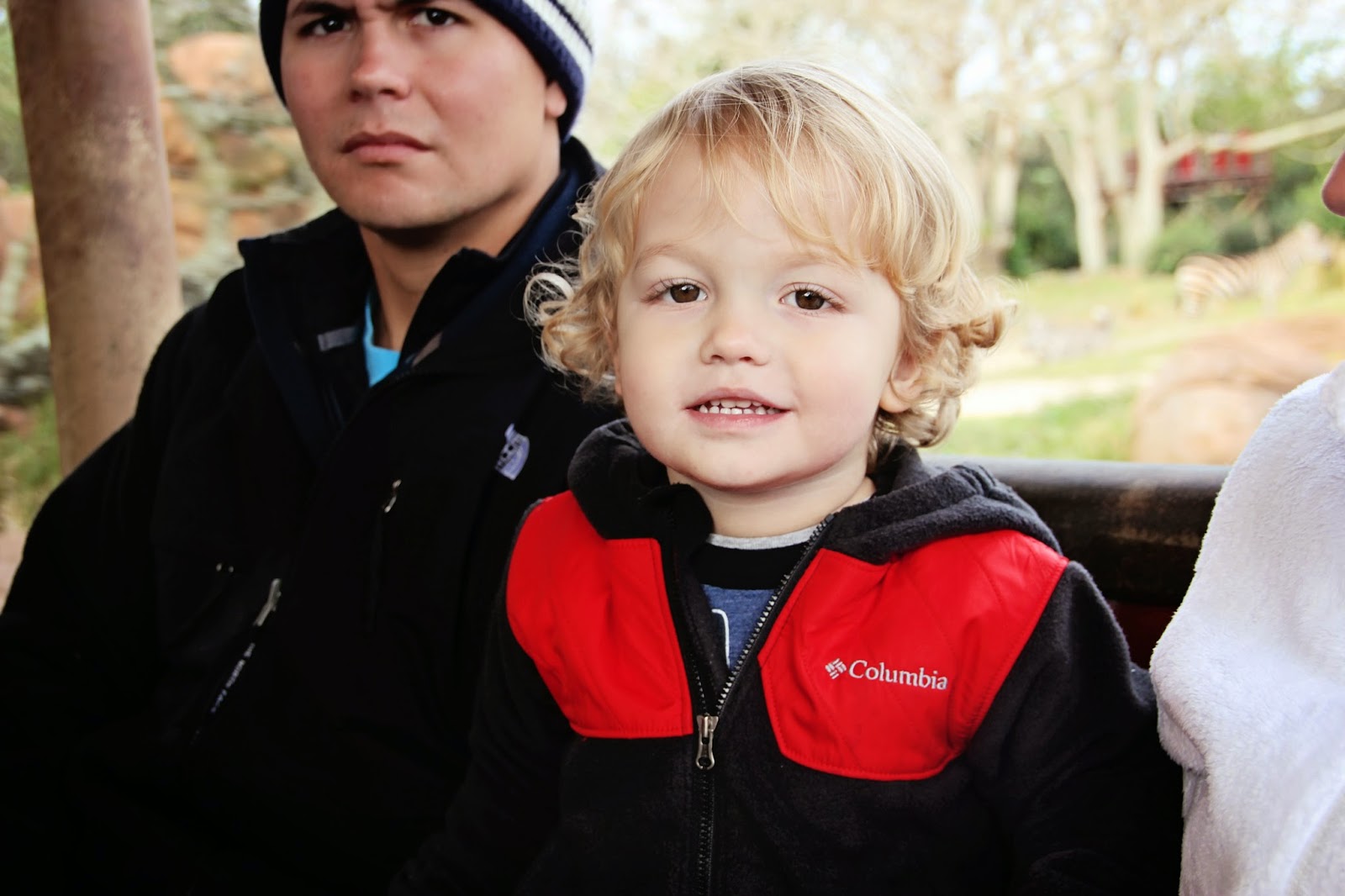 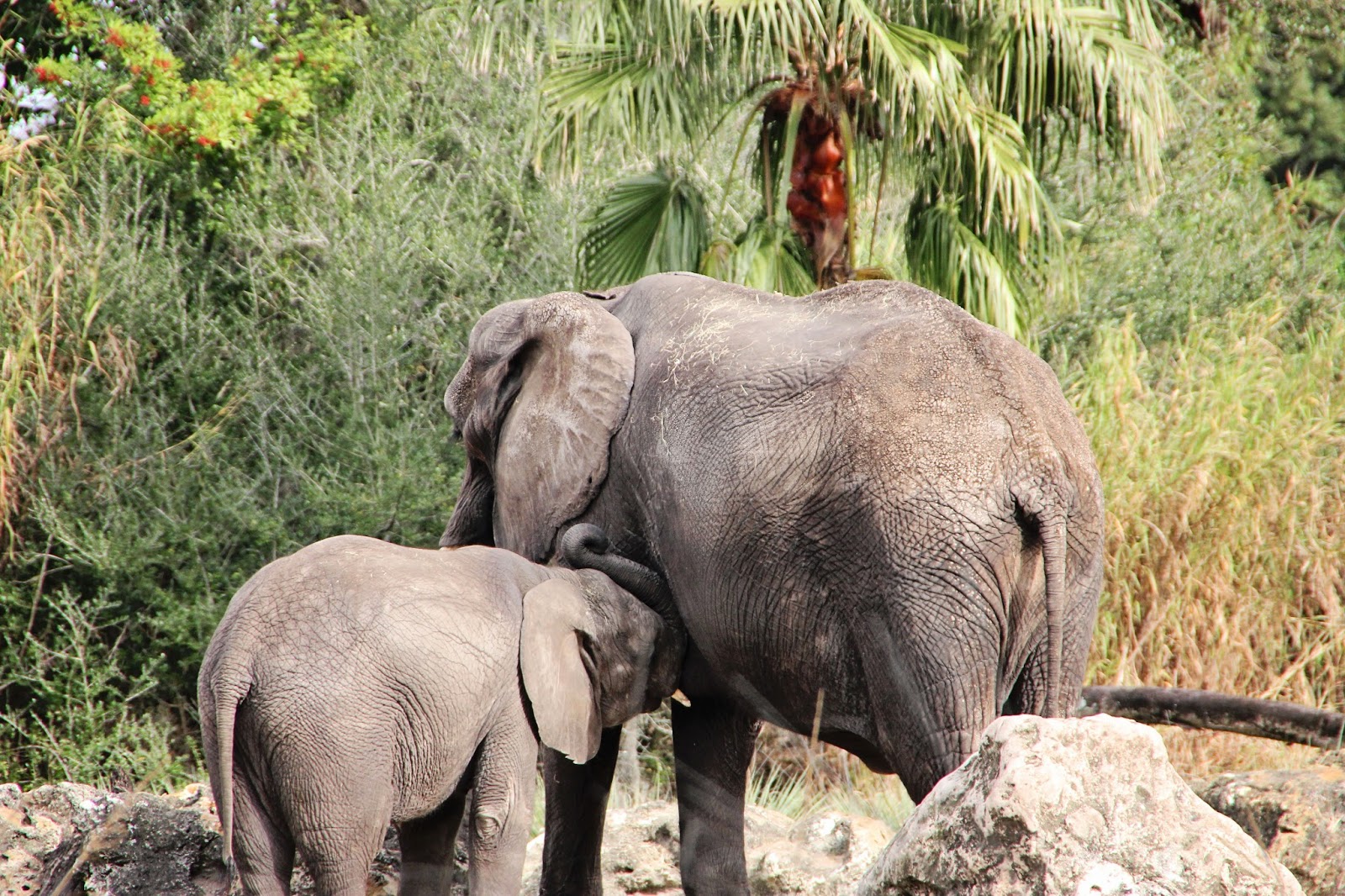 We caught a baby elephant nursing.  I feel a connection with anything that nurses, haha!
Triceratops Spin for the last time in 2014:( 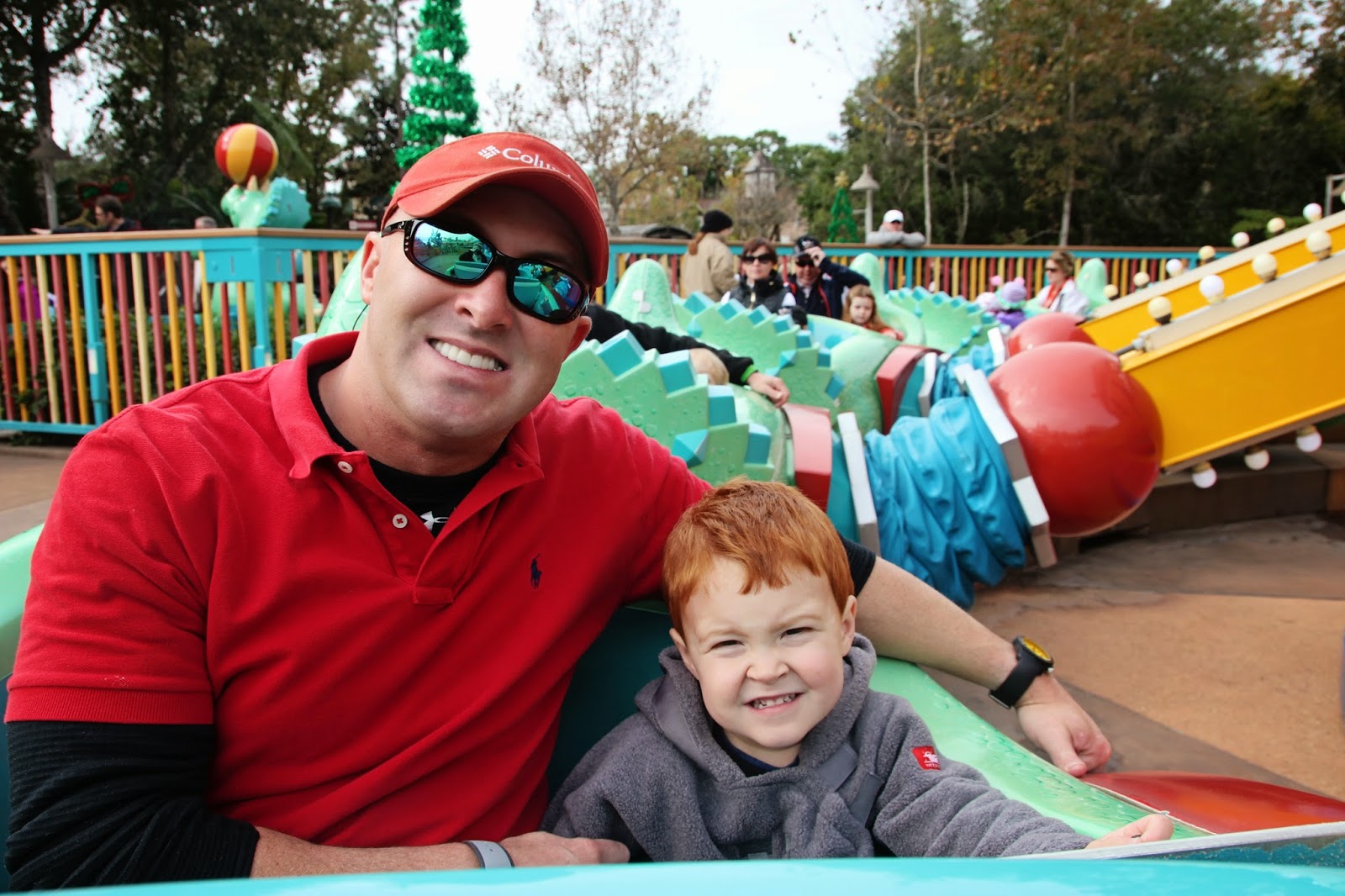 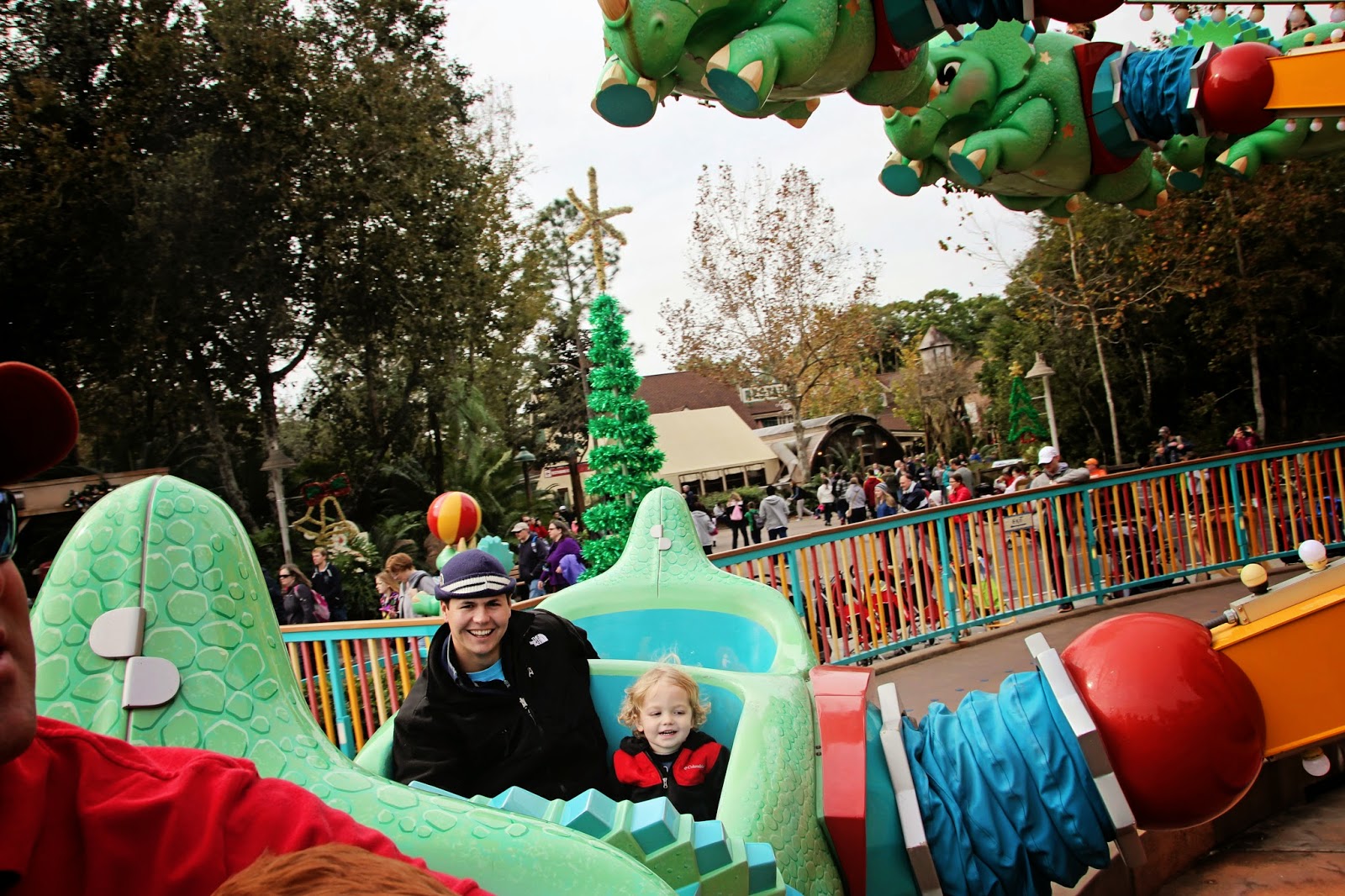 If you need to use up some snack credits, get one of these in Animal Kingdom. 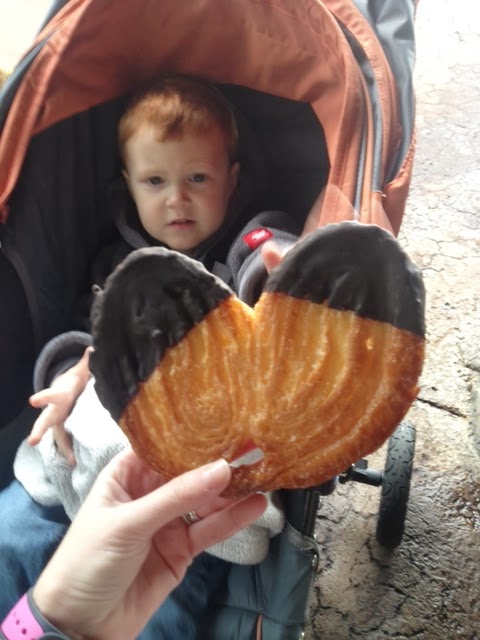 We never really could figure out what it was, but it was great!  And oh goodness me, do yourself a favor and get this- 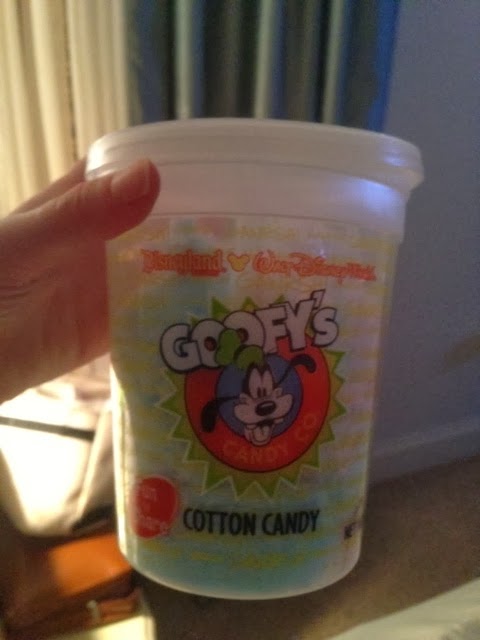 I randomly bought it to use up our snack credits.  I straight up ate the whole thing.  As in by myself.  As in did not share it with either kid.  I wish I had some right now.  Would you let me off the hook if I told you it tasted just like bubblelicious cotton candy bubblegum?
We loaded the magical express and said goodbye to Walt Disney World. 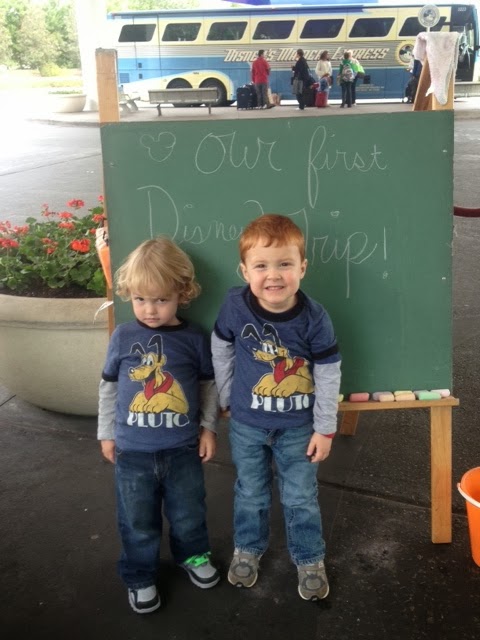 WE WERE SO READY TO SEE THIS SWEET THING WHO THOROUGHLY ENJOYED HER EDIBLE DISNEY SOUVENIR.  DUDE LOVED ON HER FOR A SOLID 10 MINUTES AND WOULDN'T EVEN LET US SEE HER UNTIL HE WAS DONE TELLING HER ABOUT DISNEY! 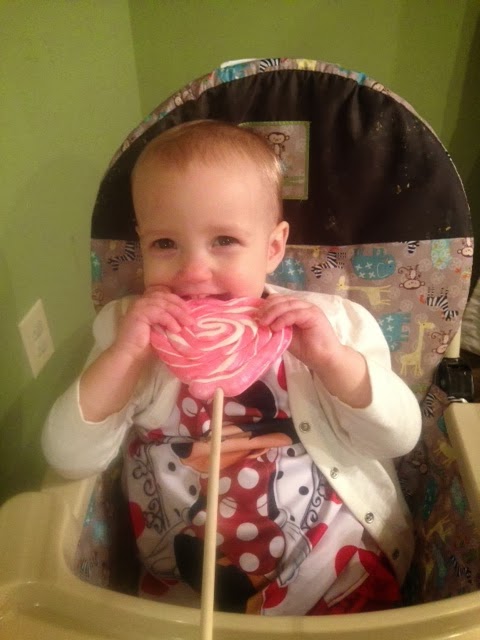 For everyone asking where Annie June was-  she was busy at home being loved on and spoiled, instead of stuck in her stroller all day at Disney! Don't worry, we are taking her when she's 3 on a girly, princess trip:)
I feel so blessed that we were able to take this trip!  I'm thankful for family who loved on my sweet girl and for the Thompsons.  I couldn't imagine doing our first Disney trip with anyone else!  It was just magical.  Thanks for reading!
at 6:33 PM