HEADED TO WALT DISNEY WORLD- THE MOST MAGICAL PLACE ON EARTH!!! 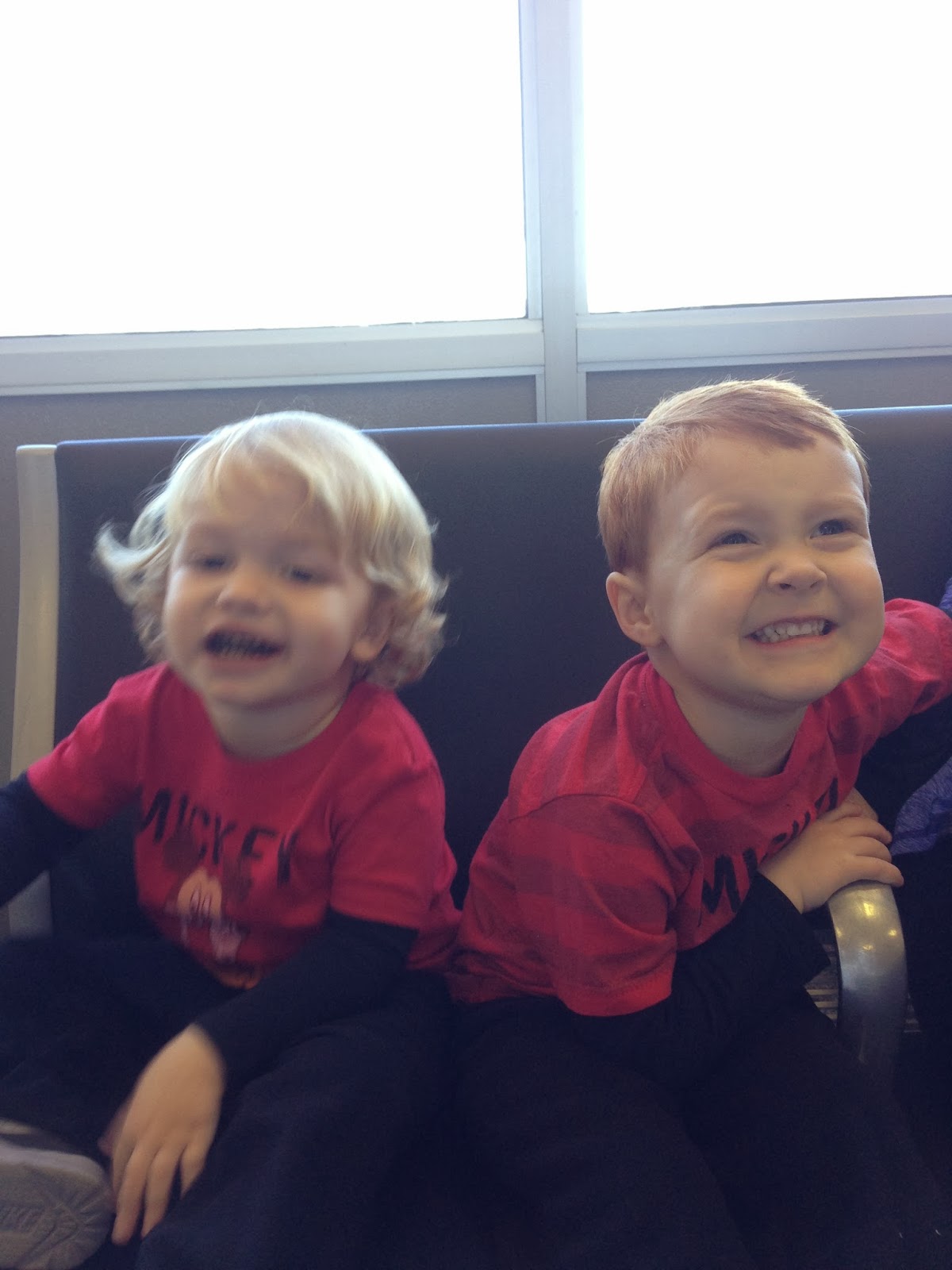 We've only been pumping them up about the trip for over a month now!  They both loved riding in the airplane, you can't beat a less than 2 hr straight flight to Disney!!!  And you sure can't beat the Magical Express, who picks you up from the airport and delivers your luggage to your room.  It's so nice to bypass baggage claim!  We did express check-in at Pop Century Resort & then caught a bus to Downtown Disney.  We had dinner reservations at 6:15 at T-Rex.  Since we were doing so many expensive character meals, we decided to do the dining plan.  We made our dinner reservations months ago and we were so excited about T-Rex.  T-Rex is the bomb!  You literally dine with the dinosaurs.  Dude bonded with the wooly mammoth behind us and talked to him the whole time we were at dinner.  The boys LOVED it!  Every 15 minutes, the animals come to life and there is a meteor shower!  So cool and the food was really good.  After dinner, we browsed the lego store and then picked out Christmas ornaments at Disney's Days of Christmas.
Group pic at dinner. This was about the only time we saw dude & buddy's sweet faces.  They'd rather hang out with the wooly mammoths behind us! 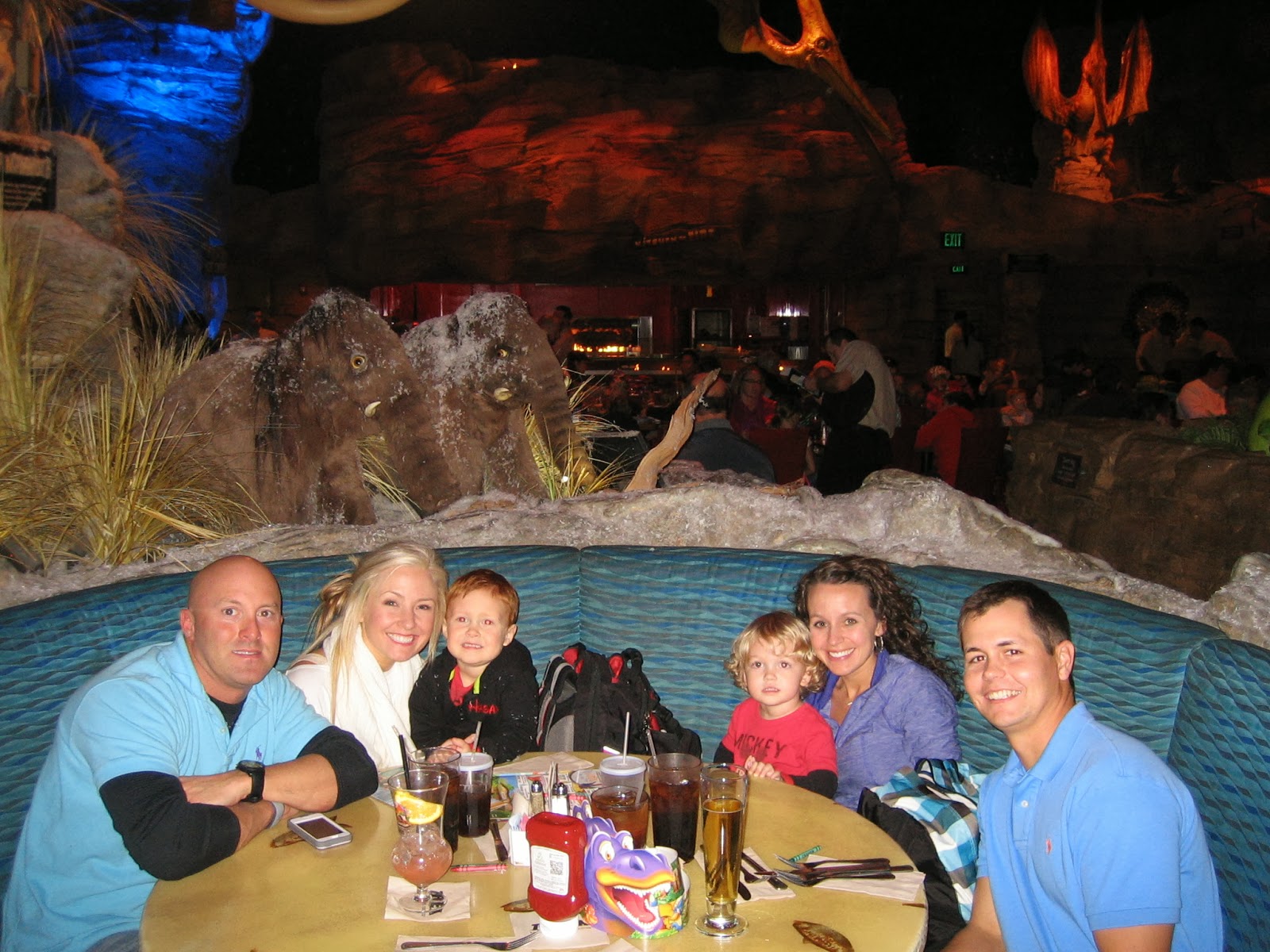 Our waiter said a roar pic is a must, so we obliged. 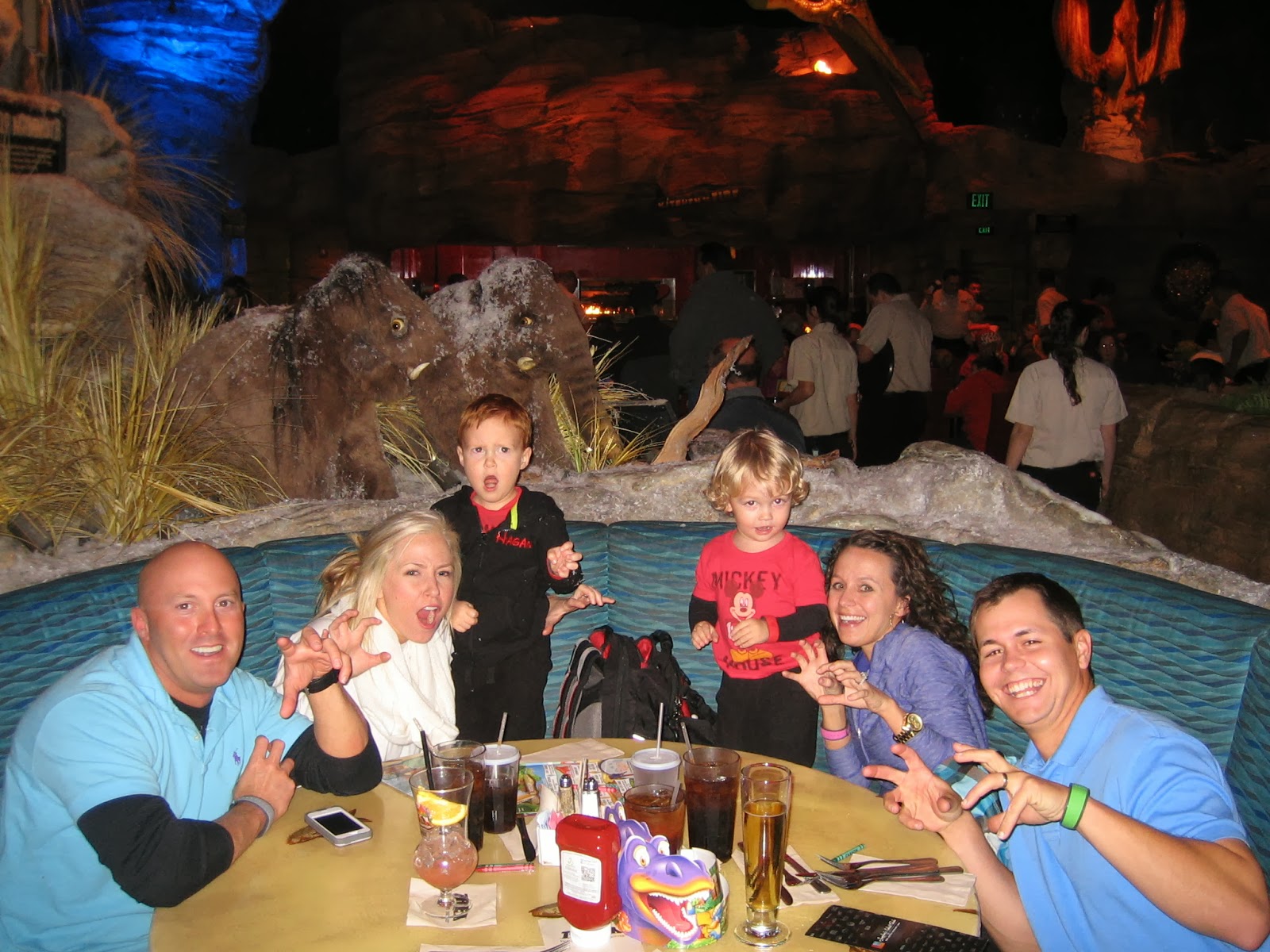 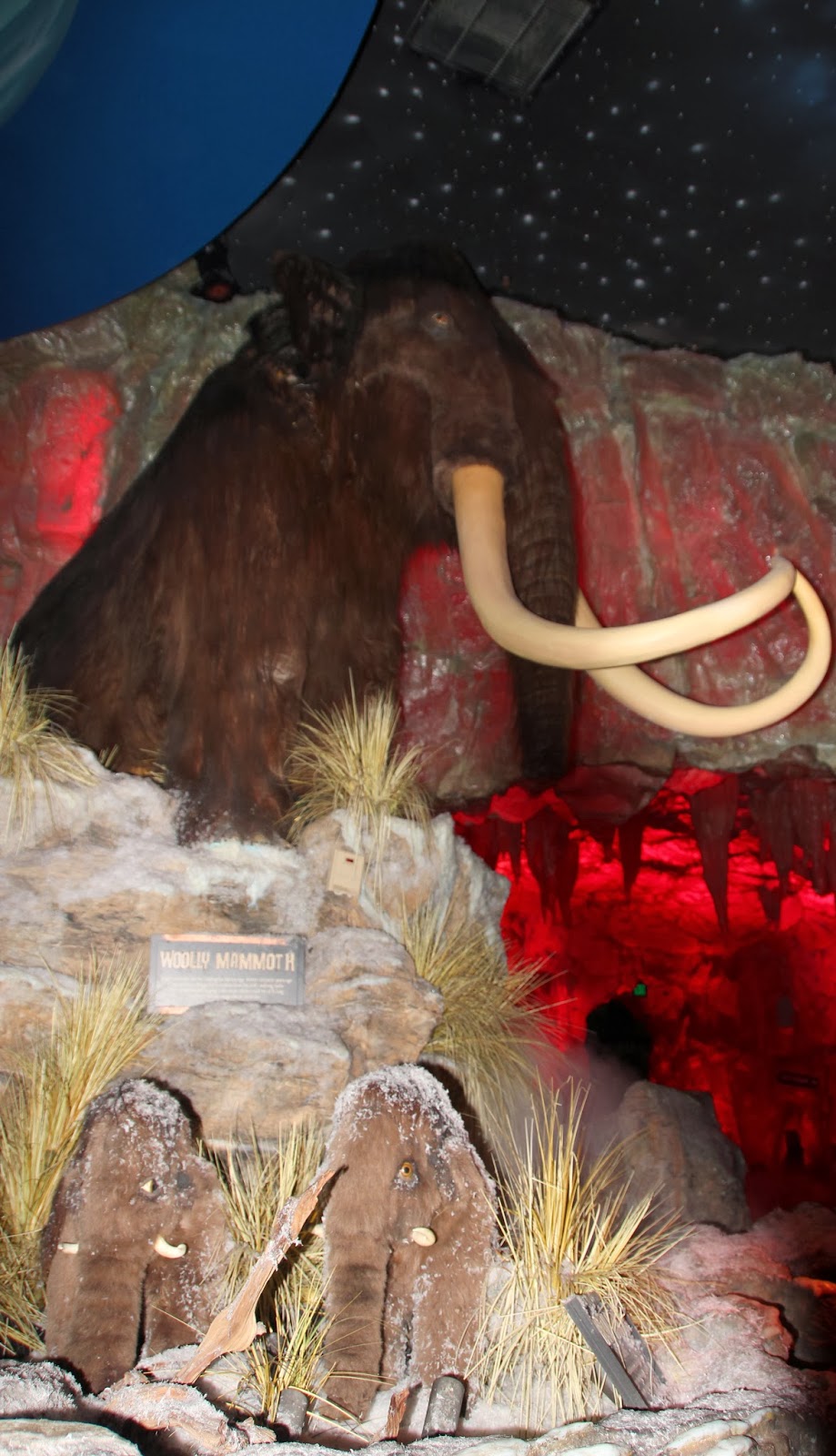 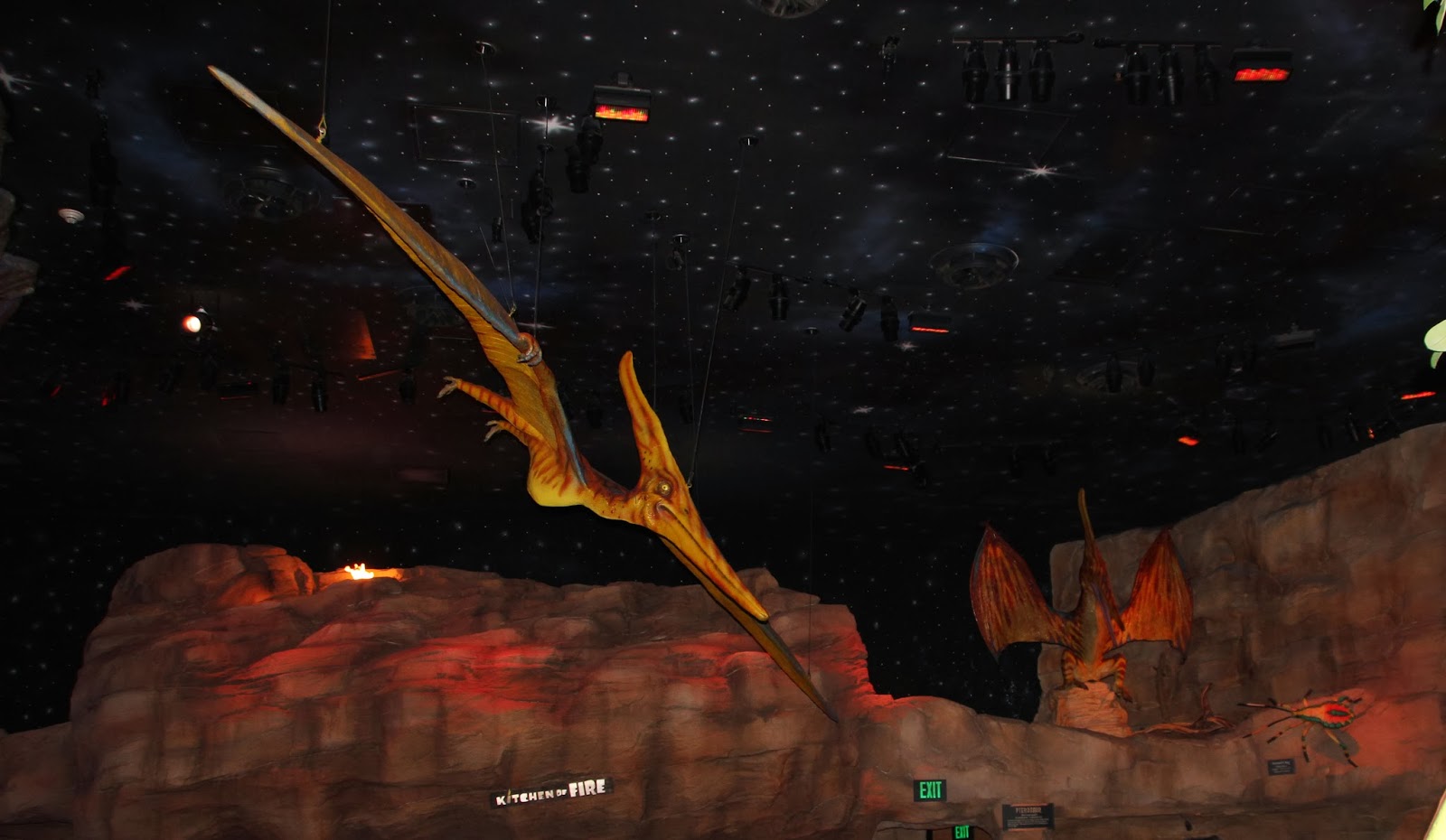 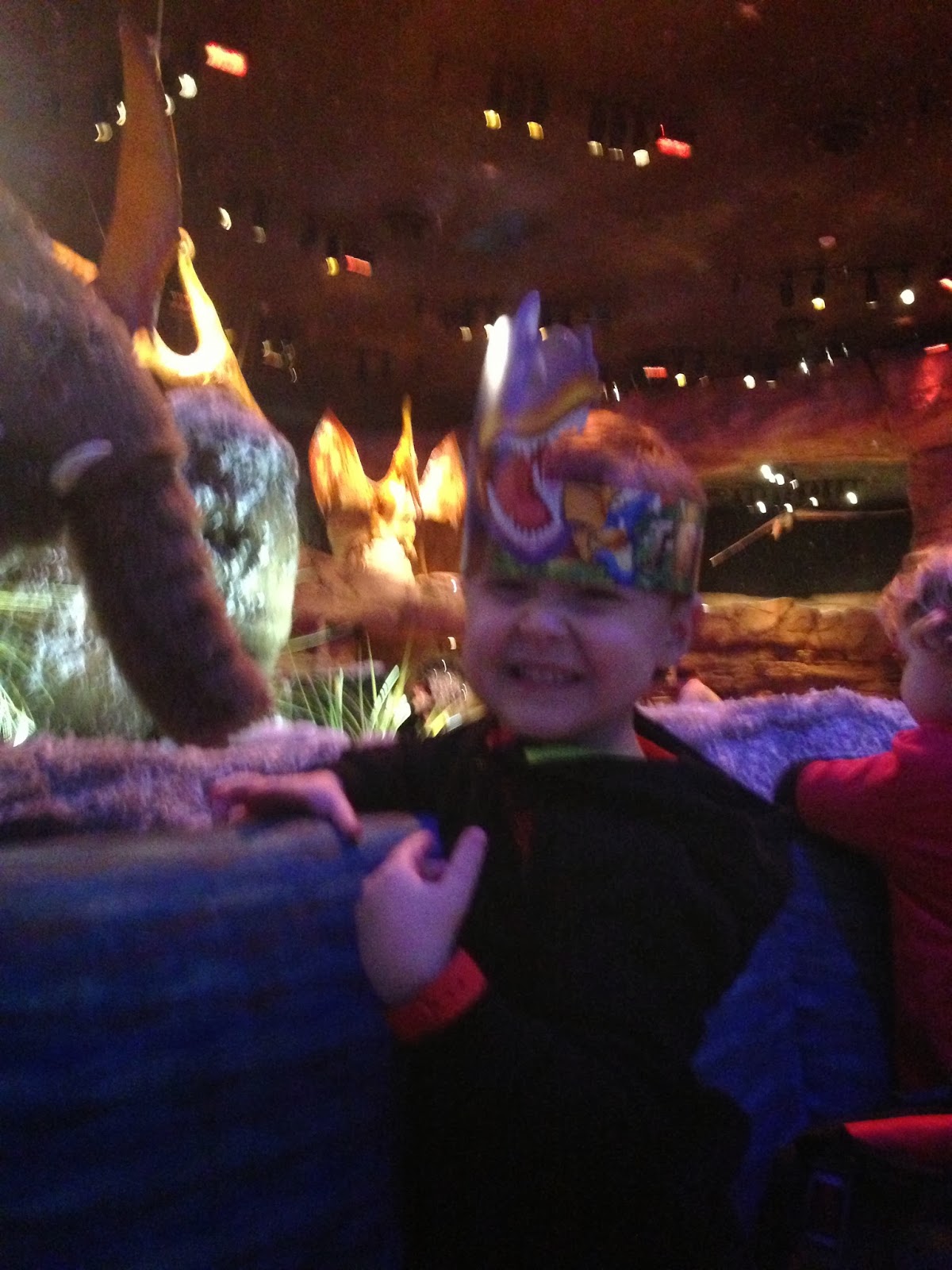 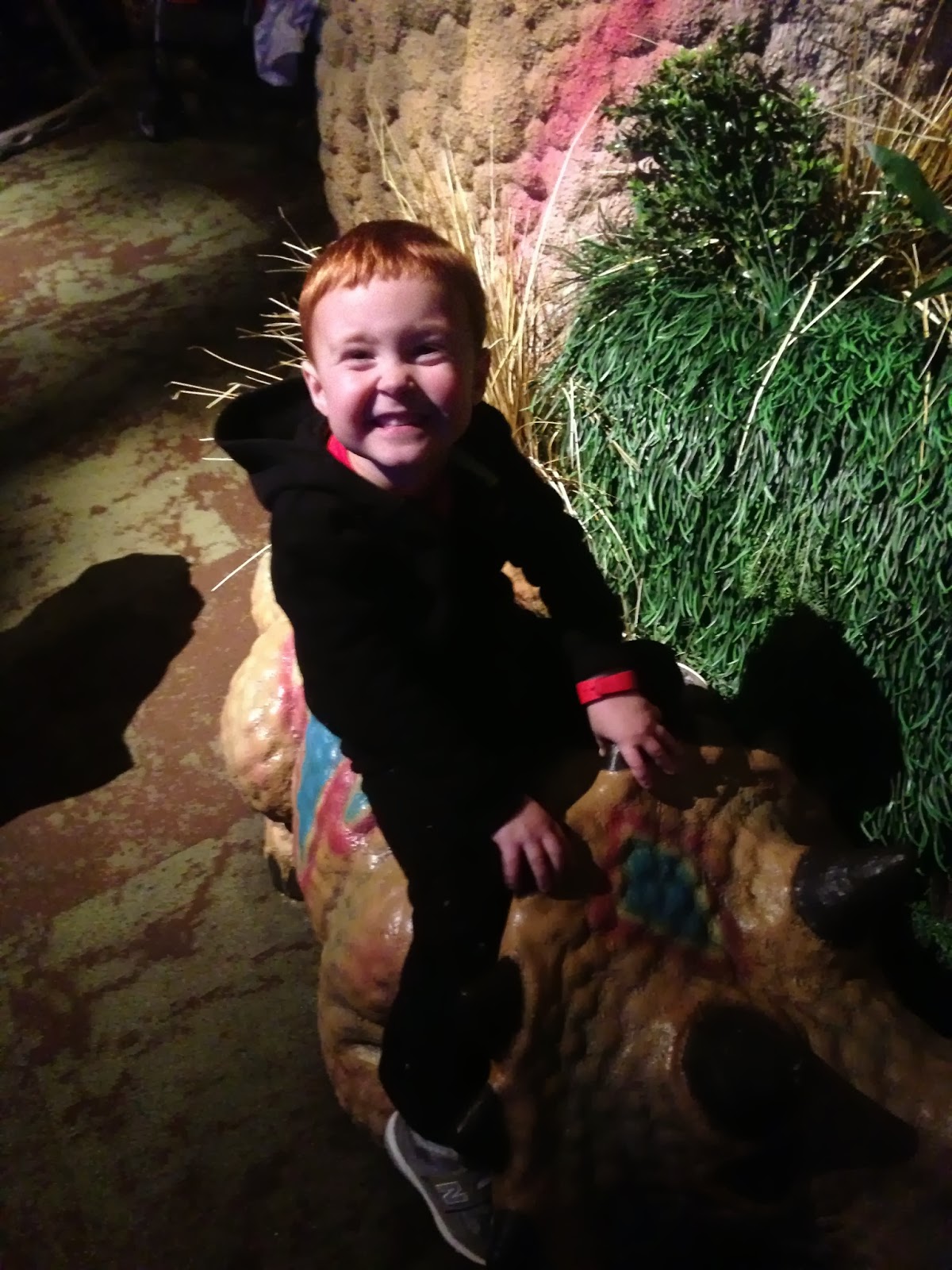 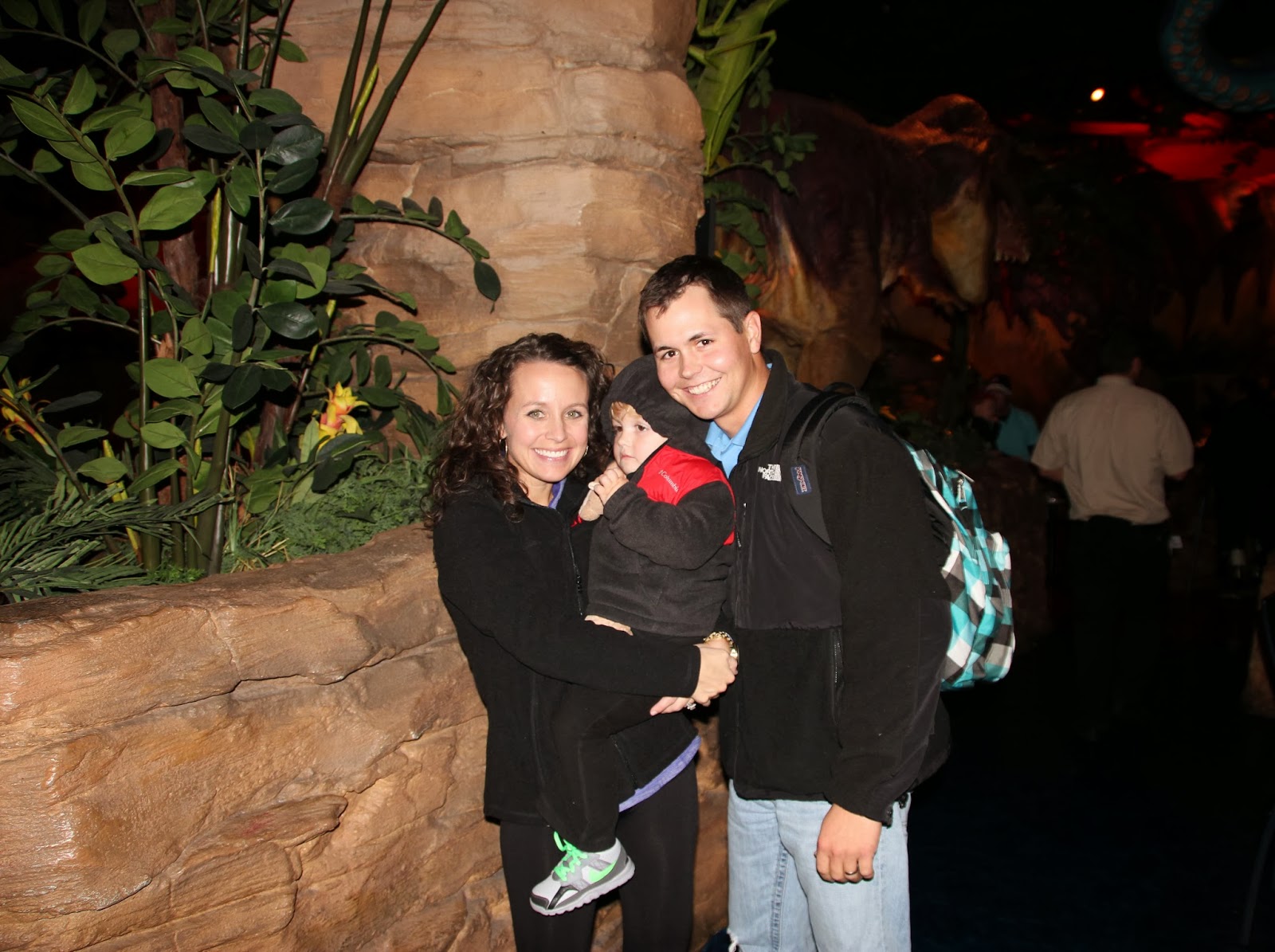 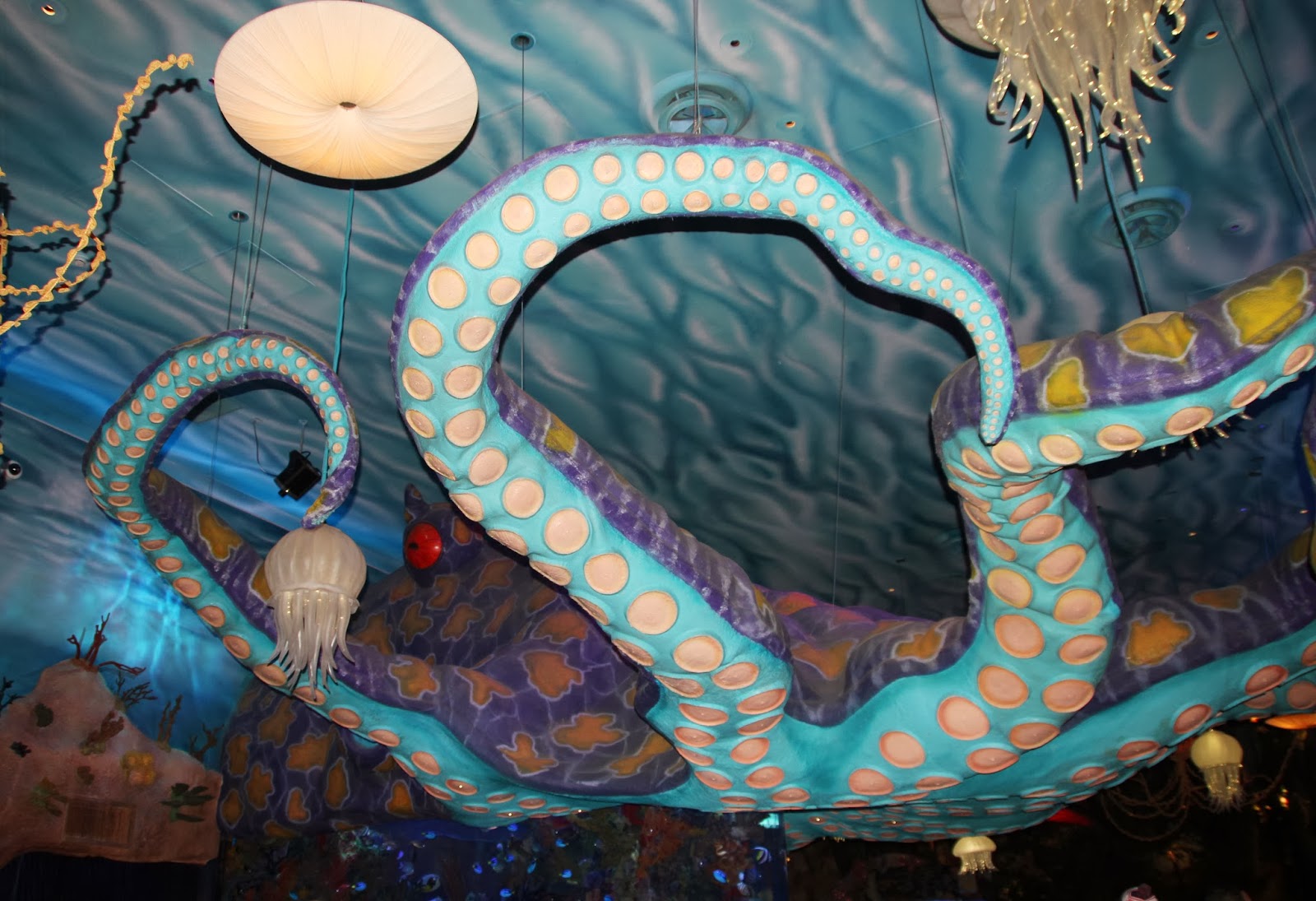 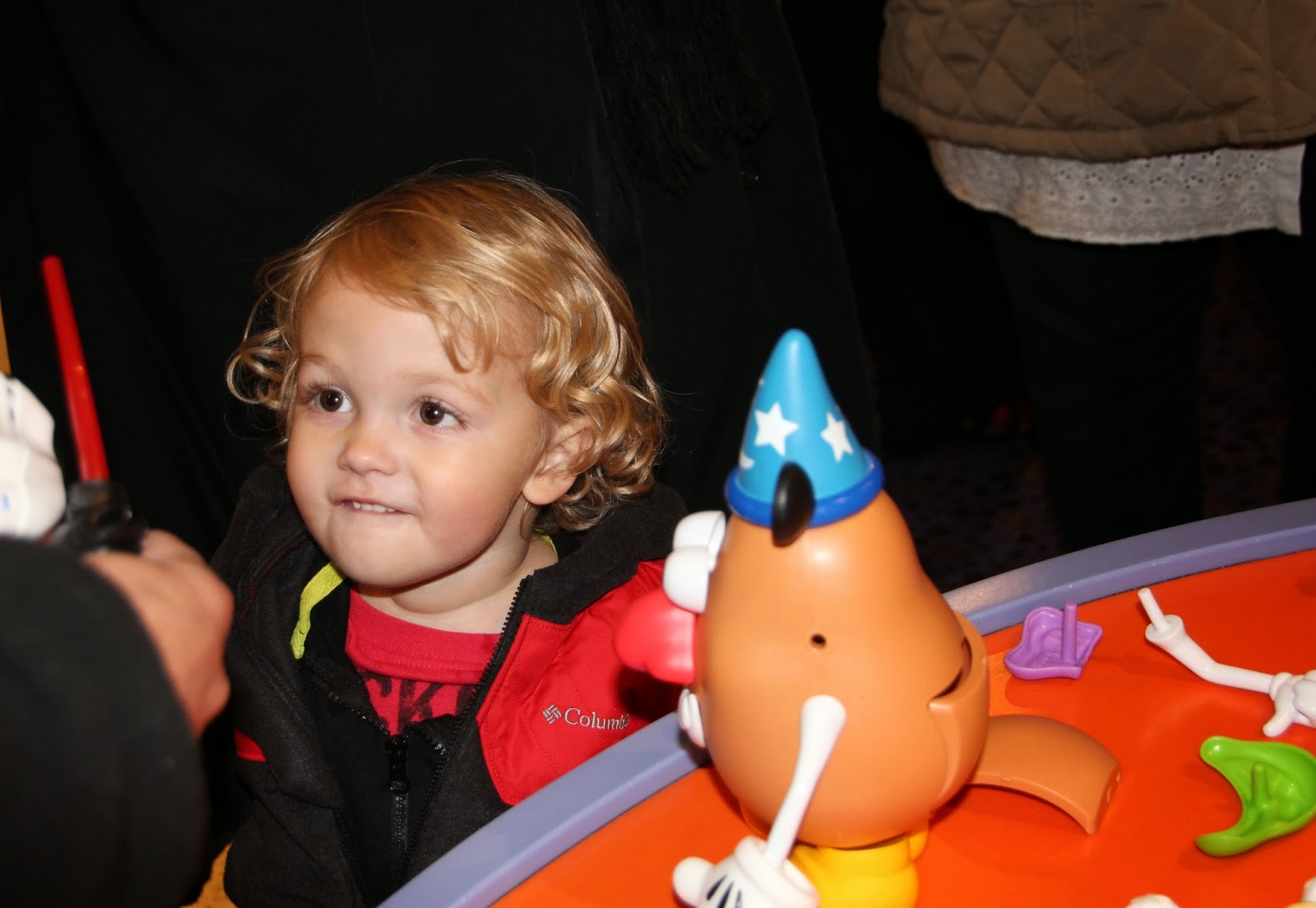 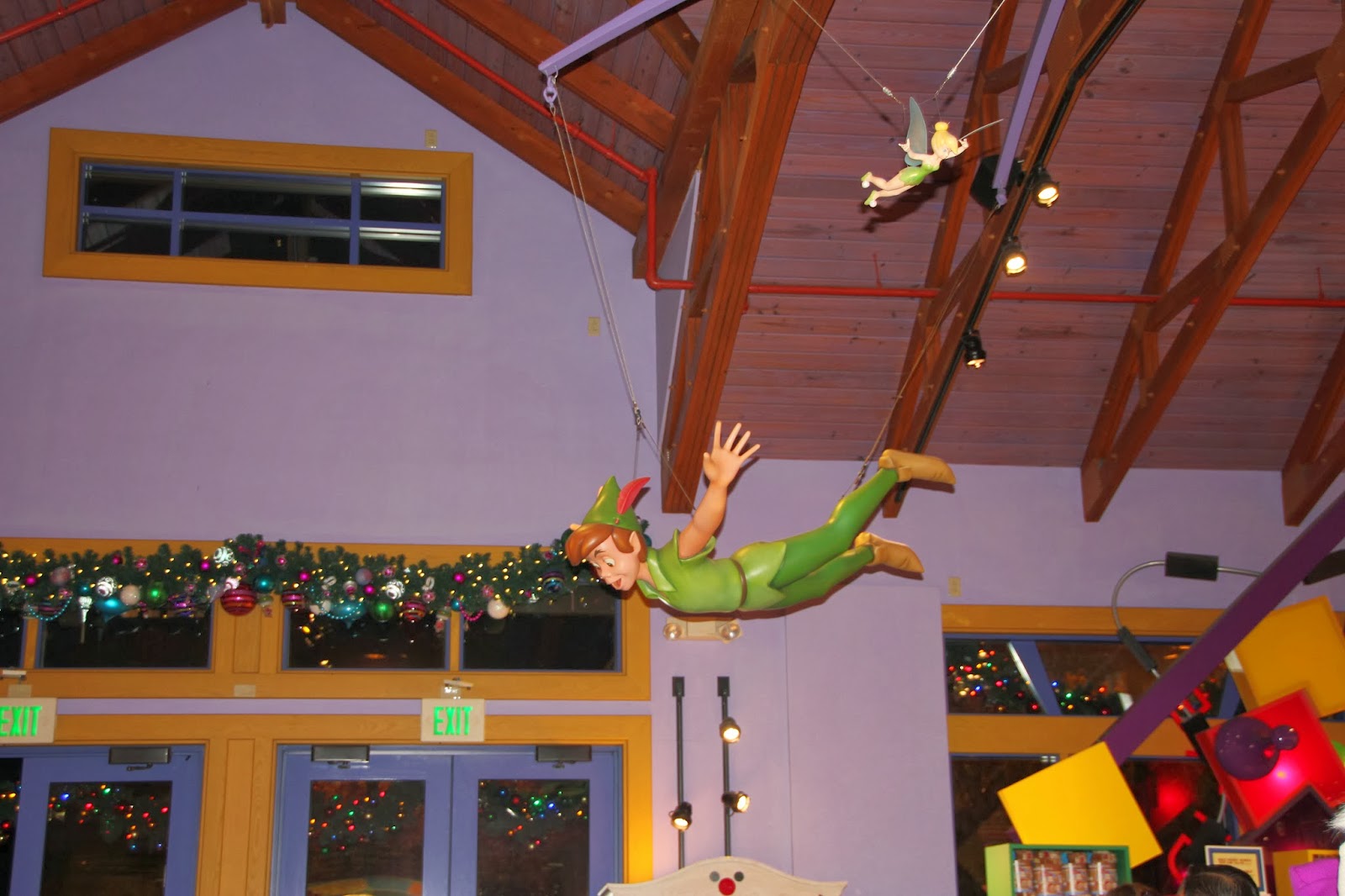 We bathed the boys & snuggled in to get some sleep for the most magical place on earth! 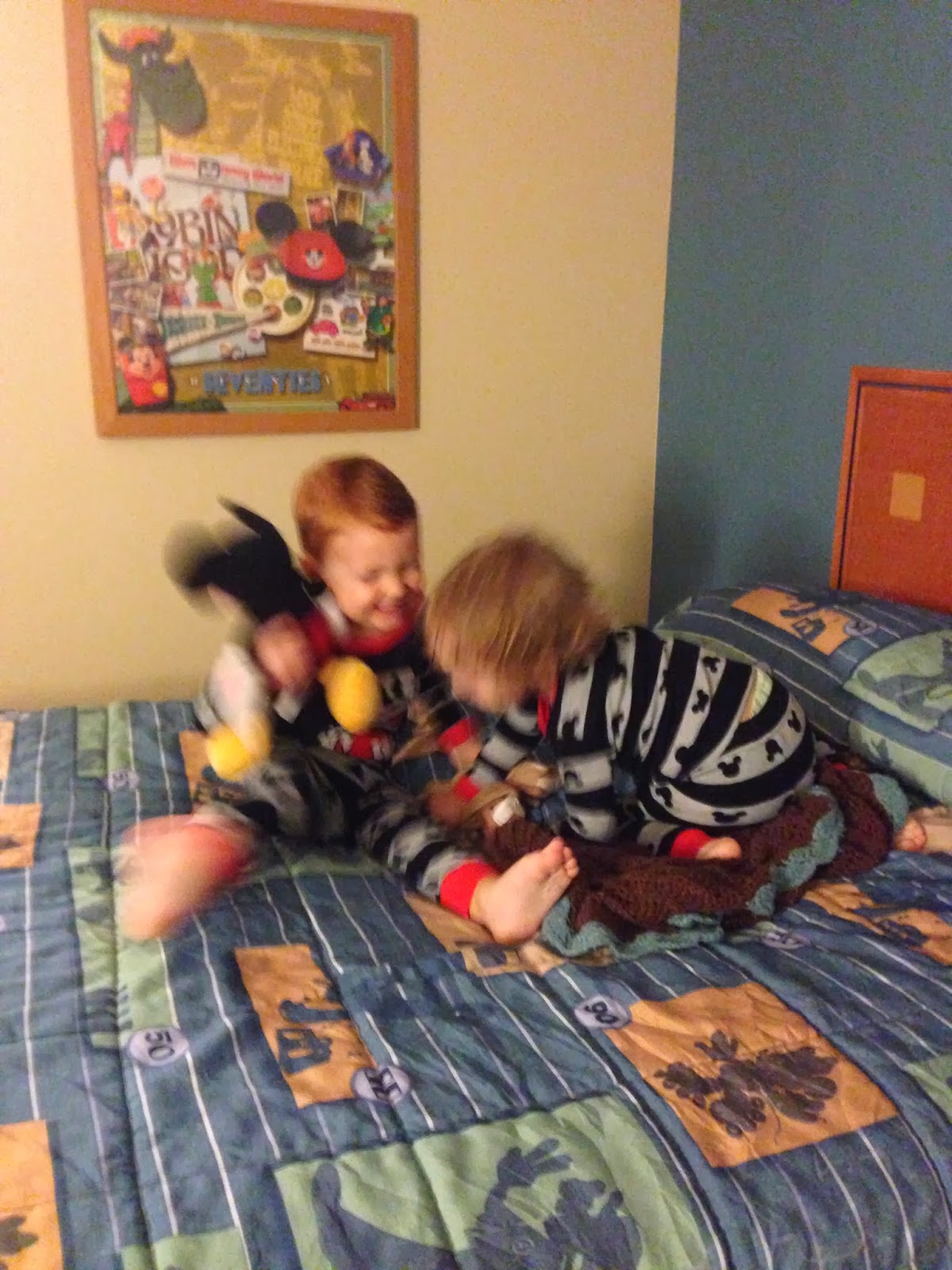