Christmas was a blast this year!  The kids enjoyed every single part of it & will be sad when it's over.  I mean, who are they gonna have tea time with now that Santa's back at Bass Pro The North Pole. 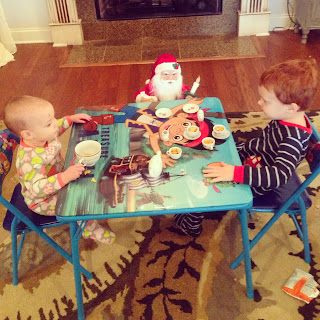 Due to scheduling issues, Santa came a day early:)  Wasn't that so sweet of Santa to come a day early just to work around our schedule? So, on the 23rd we bought made cookies for Santa & dude put together a snowman craft as a present.  I asked Dude what he wanted to tell Santa while I wrote it in a letter and then I almost peed my pants.  That kid is hilarious.   Do yourself a favor and read it. 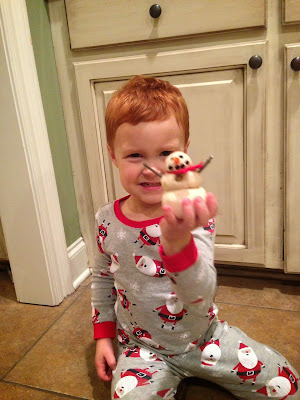 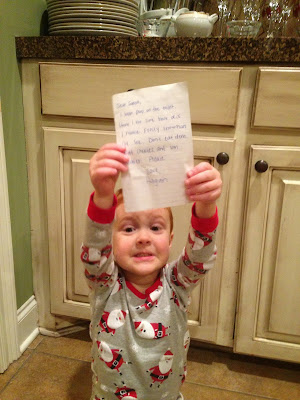 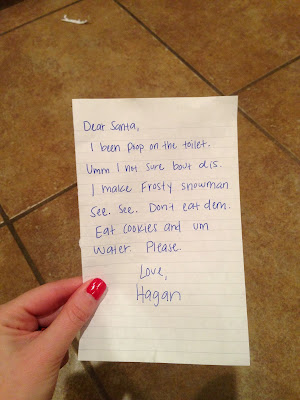 The kids HAD to test out the cookies & milk to make sure it was good enough for Mr. Claus. 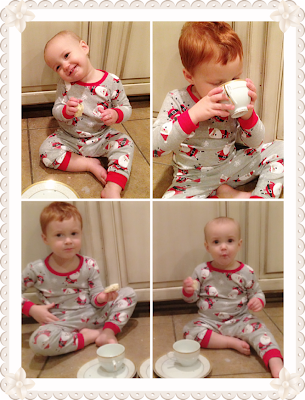 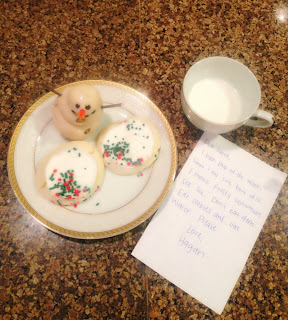 Dude wanted to show daddy the snowman he made.  We miss daddy so bad, especially during the holidays.  We LOVE you daddy! 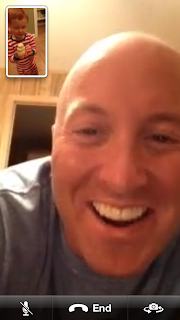 Here's the deal. I've never been a hostess with the mostess.  I just haven't gotten into hosting a ton of stuff at my house.  Probably because I've been either pregnant or breastfeeding since January of 2010.  Yeah, that may have something to do with it?!  Or maybe it's because I just now have learned to cook?  Either way, I decided that it was time to get with the program & host a Christmas eve brunch at my house.  I mean, I'm twanky-seven with 2 kids, it is time! I cooked homemade cinnamon rolls, make ahead breakfast casseroles, and an assortment of easy other breakfast items.  The cinnamon rolls just about did me in, but everyone says they were worth it!  Rudy, don't worry honey- momma saved you a whole pan:)  I am happy to report that the food was great and everyone thoroughly enjoyed themselves.  I spy a new tradition!
Dude was a little upset when he first woke up and Santa ate the cookies & took his snowman, ha!  But he quickly got over it once he saw all the presents! 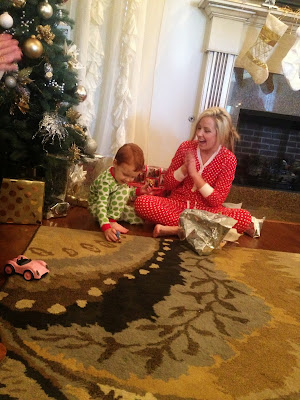 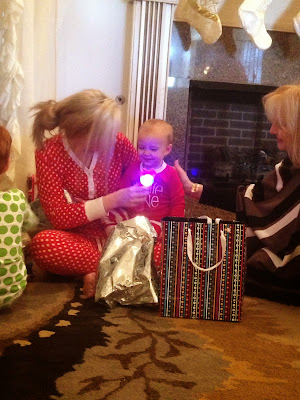 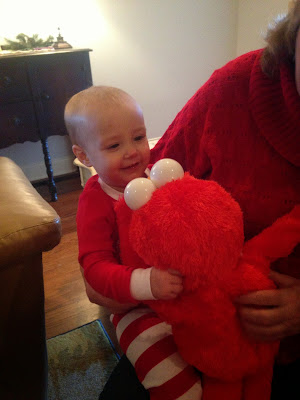 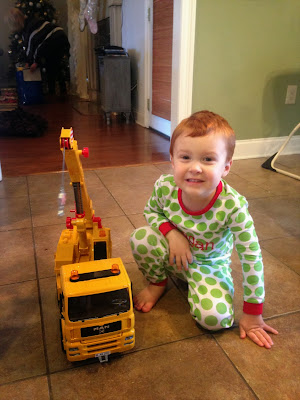 Sidenote: when he poops on the toilet he says, "Dat makes Santa so happy."  You got that right, dude! 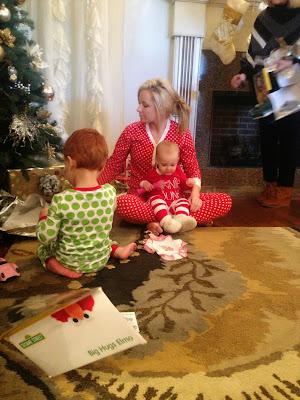 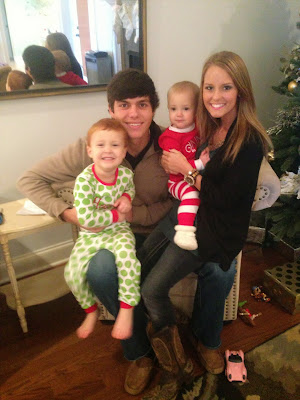 Casey & Cierra are part of the family!!  My kids adore them. 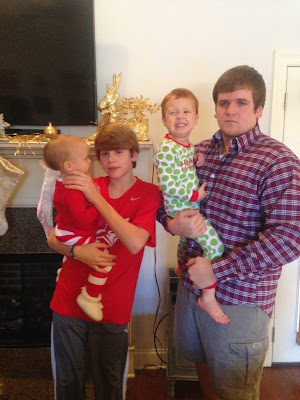 My sweet nephews who were my "first babies". 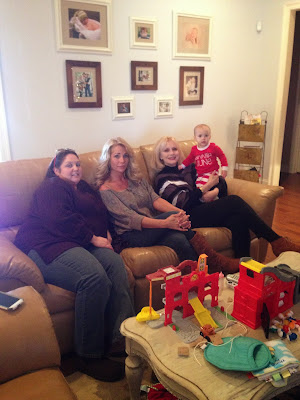 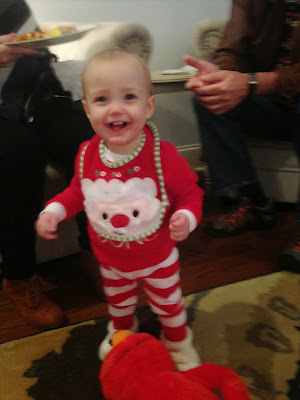 This sweet thing sure enjoyed the cinnamon rolls:) 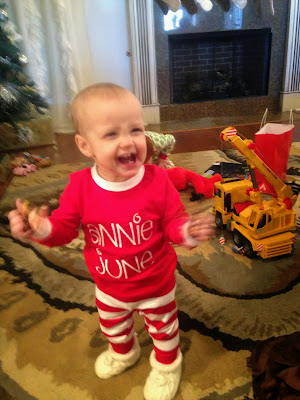 My sister is my heart. 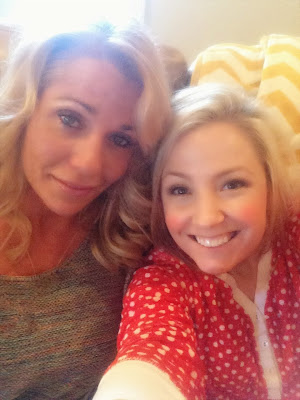 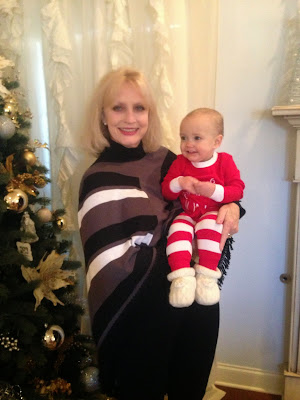 Daddy we missed you so bad!  I KNOW you missed wearing family matching pajamas and taking a million pictures. 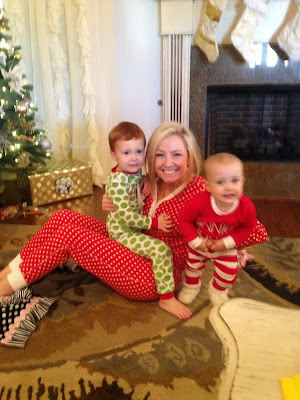 I don't think either kid cried in the 7 hours that the party lasted.  That's what you call a Christmas miracle folks!!!  Now, if I can just get them to share, we'd be good:)
On actual Christmas day, we had planned an early lunch in Hattiesburg that my sister-in-law throws every year.  SHE is the hostess with the mostess, but they all got sick & had to cancel.  We hate that we didn't get to spend time with them, but it was nice to lounge around all day in the same pajamas we wore Christmas eve.
I am so thankful for my hard-working husband, beautiful children, family, friends, health, and most of all my Savior whose birthday I share.  You gave us a reason to celebrate this season & I will always be thankful for your birth.  Happy Birthday Jesus & Merry Christmas to everyone!
at 8:02 PM