The last time it snowed here in Mississippi, was in February 2010.  I know that because I was 5 weeks pregnant with dude and was sick as a dog with the flu. I was so worried about the little life growing inside of me, that I could've cared less about the snow.
On January 17, 2013, my healthy two year old woke up to a snowy surprise! The snow was MUCH more enjoyable this time around. God is so faithful:) 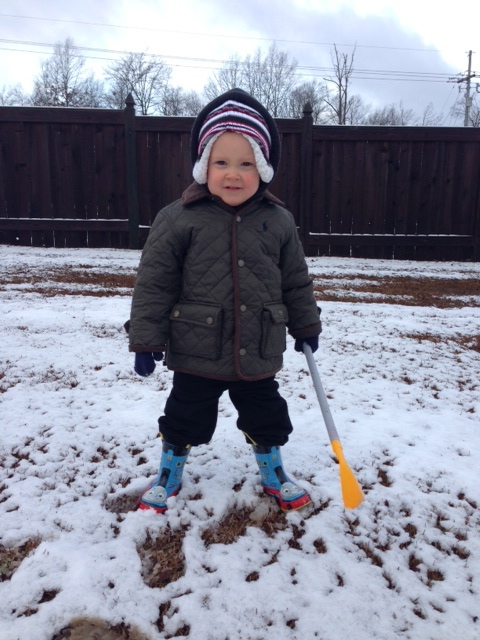 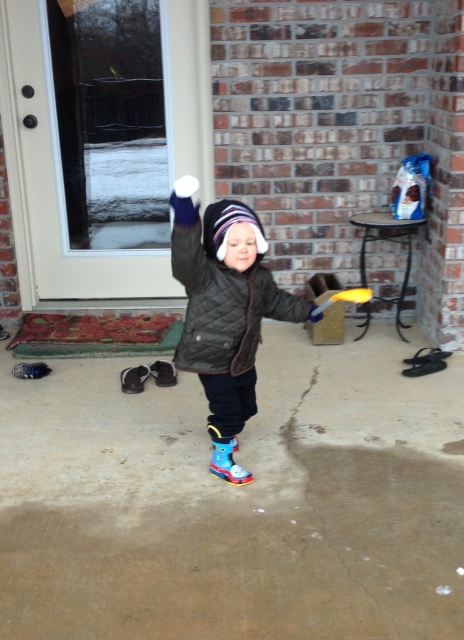 The snow didn't keep dude off the roads:) 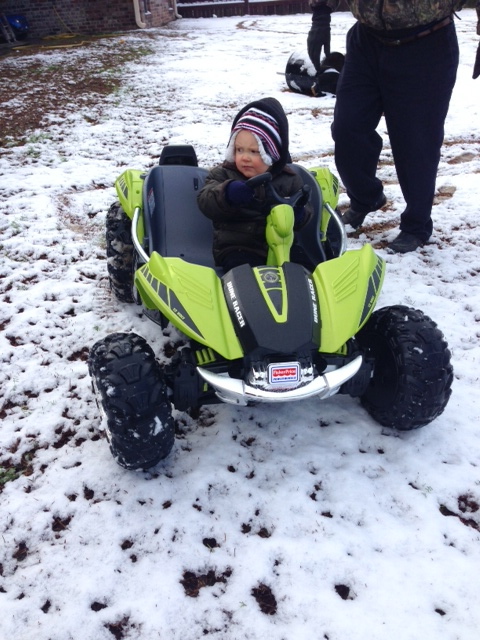 This is what noon thought about the snow... 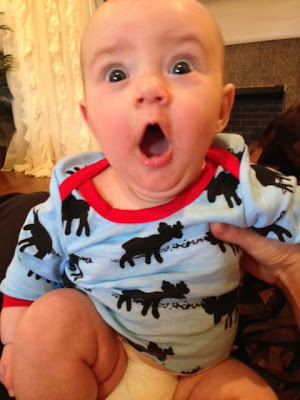